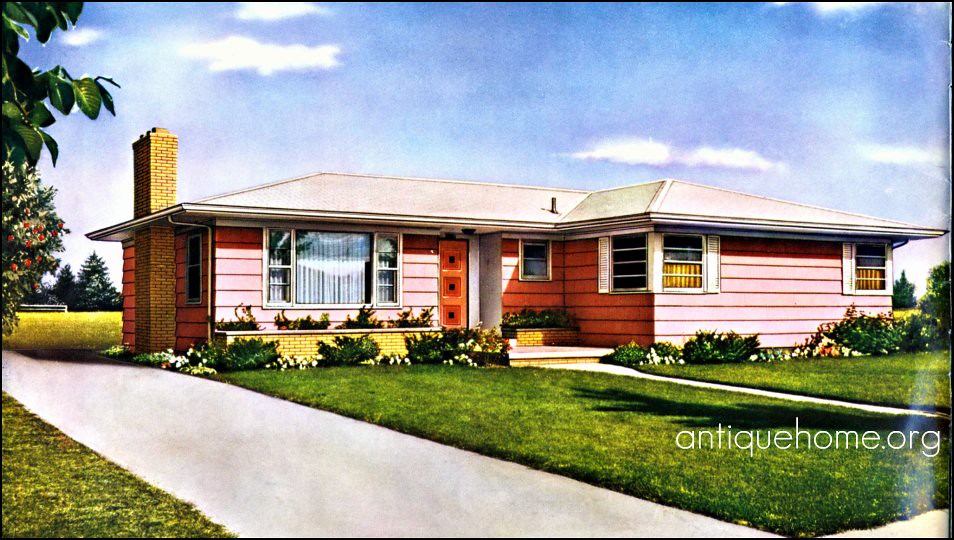 Sometimes an image or a moment, a word spoken or a flash of understanding hits us such that we not only never forget it, but are left imprinted, changed. Such a moment hit me several years ago.

In a former life as a home inspector I looked over residential properties to determine their condition and repair needs when a home was transferring ownership. I was in and out of thousands of homes in that role and unless a house was empty besides seeing what kind of roof or foundation a property had I also saw something of the lives of its occupants; married with childre

n, elderly, young, winding down a life or starting up a life, single or single again.

I always found it a bit strange, and also something of a privilege, that people would let a total stranger into their homes; I was viewing not only floors and ceilings, but their family photos on walls and mantels, not trying to be intrusive, but unable to help looking over the physical elements that represented their lives.

In that vein one of the most poignant experiences of that career occurred at a house on the northeast corner of rural intersection, a house notable for the pink exterior color that had been its claim to fame for decades. (Anyone describing the intersection it lay on would revert to “the corner w/ the pink house” if someone couldn’t otherwise put that intersection in their mind’s eye.)

When I entered the house there was an older couple leaving for the duration of the inspection. They were both white haired, maybe in their eighties; he, bent and barely able to walk, she, more mobile. They were the homeowners. I said hi and w 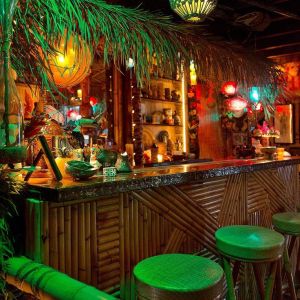 ent to my work. When I got to the basement of the house a couple of hours later I felt I’d entered a time warp. The area was decorated like it had been when the elderly gentleman and his wife had finished building and decorating their first and only home. A 1950’s Tiki style area, complete with bamboo bar, bar seats and bamboo chairs, and gauche green, blue and red hanging lights. This was high fashion when the homeowners decorated it, but now felt like a set from an old movie.

But the most striking thing wasn’t the decorating style, but a photo hanging on the wall behind the bar; a color photo of a splendid young man, broad chested and tanned, the picture of male fitness, skiing on a sky-blue lake, a lovely young woman help aloft in his arms. It looked like an image that might have graced Life magazine in the 1950s.

It took a moment before I realized the striking blonde man holding the lovely lady was the shuffling and stooped gentleman I met upstairs. He, the picture of health, his wife the epitome of feminine vitality in that image captured a life–age ago. My heart was pricked; I felt sick and sad, and enlightened.

In that time warp image, I was viewing the homeowner as he had been when his life was just beginning, when he and his wife were newly married with time and money and options; when physical health and financial prosperity allowed for boats and skiing, home building and pink exteriors, Tiki bars and entertaining.

The beginning of their lives visible in that vivid image; the end of those same lives now obvious to anyone viewing their withered visages.  Like opening a book to the first page, then flipping to the last; beginning and end, all in a moment.  I wondered if it felt that fleeting in the waking and sleeping, eating and drinking, sunrises and sunsets that made up their momentary existence.

I think most of us feel the world has really existed only within our own lifetime and experiences; that somehow what’s really important has occurred only since our own arrival. Yet we are all simply the latest witnesses to the fleeting nature of life, the latest blades of grass to sprout, and wither, and then die.

Qoholeth, the sage of Ecclesiastes said:

Enjoy life with the woman whom you love all the days of your fleeting life which He has given to you under the sun; for this is your reward in life and in your toil in which you have labored under the sun. Ecclesiastes 9

I wanted to believe that’s what this aging couple had done; filled up their fleeting lives with shared joys, moments that had something of eternity in them, moments that transcended earth and whispered of heaven. Live to a hundred, or to a thousand, in the end our lives here are mere moments, brief interludes in the larger movements of time, until we enter that eternal day in which death, and time as we know it, are swallowed up, and every tear is wiped away.

Moses, who lived to one hundred–twenty years prayed to the God who dwells in eternity, who gave birth to the mountains and the world, for whom a thousand years is like a brief watch in the night:

(To live wisely is to accept the forgiveness of our sins offered through Jesus Christ’s atoning death on the cross and his glorious resurrection, and then to live with his return and reward in mind. “And this is eternal life (or life to the ages), that they may know You, the only true God and Jesus Christ whom you sent.” John 17:3)

4 thoughts on “Beginning And End”