Our daughters grew up learning to play a variety of musical instruments. When learning a new instrument or piece of music, they often played timidly— one uncertain note or chord followed by a similar one,

like an urchin uncertainly knocking on one door after another, testing, hoping for admittance but not knowing if a welcome was forthcoming.

Knowing that part of their timidity was simply the fear of playing a wrong note or chord, I wanted to inspire them to greater confidence and accomplishment. So, I began repeatedly telling them, with gusto, “Err boldly!” They loved it and it became a watchword in our house.

I delight in the same sentiment expressed by President Theodore Roosevelt in this entrepreneurial aspiration towards daring and life:

It is not the critic who counts; not the man who points out how the strong man stumbles, or where the doer of deeds could have done them better. The credit belongs to the man who is actually in the arena, whose face is marred by dust and sweat and blood; who strives valiantly; who errs, who comes short again and again, because there 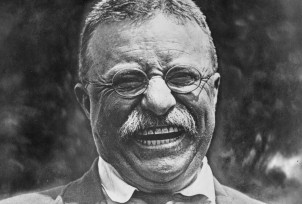 is no effort without error and shortcoming; but who does actually strive to do the deeds; who knows great enthusiasms, the great devotions; who spends himself in a worthy cause; who at the best knows in the end the triumph of high achievement, and who at the worst, if he fails, at least fails while daring greatly, so that his place shall never be with those cold and timid souls who neither know victory nor defeat.

In a home where our daughters were encouraged to aspire nobly, “cold and timid souls” was not an acceptable goal. The willingness to fail, while “daring greatly” is part of the attitude necessary to do almost anything worthwhile. The safety of the bleachers is a great place for spectators, but it’s in the arena that life is really taking place.

The Apostle Paul sang the praises of contentment, 1 Timothy 6:6 (Now there is great gain in godliness with contentment) and the willingness to remain in whatever state a Christian found

themselves, 1st Corinthians 7:17 (let each person lead the life that the Lord has assigned to him…).  But this same apostle was shipwrecked, imprisoned, stoned, beaten and betrayed; that’s striving valiantly in the arena, 2nd Corinthians 11:23 ff!  Paul is hailed today as the most important of the Apostles and arguably, through his life and letters, one of the greatest world changers of all time. Paul was in the arena, and confident of God’s commendation in the doing, 2 Timothy 4:6-8.

I think our love of comfort, security and safety leads us into passive, bleacher living. We trade the dust and sweat of adventure for the safety of a stiff backside; the possibility of greatness for the certainty of ignominy. I’m all for contentment and a sense of purpose in the places in life God calls us to labor, but I think many of us mistake comfort for significance and safety for success.

Why not aim to “err boldly” and experience arena living in 2016, joining Paul and Teddy and all those brave souls who aspire to live nobly.

One thought on “Err Boldly!”