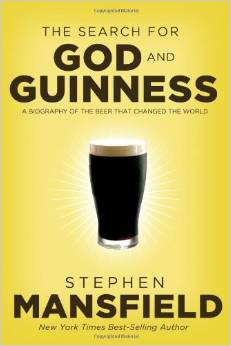 I read a book recently and was so encouraged by it I wanted to introduce you to it and it’s author.  You might be surprised by the title and subject, maybe not, but whatever preconceptions the subject initially arouses in your mind I believe you’ll find the story rewarding and encouraging, should you decide to read it for yourself.

The book is The Search for God and Guinness, A Biography of the Beer that Changed the World,  and its author is Stephen Mansfield.  The book’s dust jacket informs that Mansfield is “a New York Times best-selling author who writes widely on the intersection of faith and public life….”.  Mansfield’s own web site further describes him as ex pastor of a mega Church, as well as a speaker of some note and a well-published author.

I was primed to read this book on Guinness because I’d read of Guinness’ use of business as a means of improving the lot of his workers previously in a book on business.  I loved the fact that a man who became incredibly wealthy saw his business, and a beer making business at that, as a means of both glorifying God and serving the needs of the lowest on the employment ladder.

Mansfield wrote this book in 2009, after the tumultuous and contentious, nation-dividing electioneering of the previous year.  Mansfield states he wanted to know the magic of the ordinary again, a life and a story that could restore his soul.

“I knew I had found it: that earthy, human, holy tale of a people honing a craft over time and of a family seeking to do good in the world as an offering to God.  This was what my weary soul needed— a story thick like the smell of barley at the St. James’s Gate Brewery and as filled with the bitter and the sweet as any generational tale is likely to be.”

As the heir of Irish forbears myself Guinness’ tale of a worldwide success story spanning multiple generations all springing from the Emerald Isle was an emotionally appealing calling card.  But beyond my personal pull to a worthy story, what’s not to love in the tale of Arthur Guinness and his heirs as Mansfield lays out the story of the business and of the Guinness family?  His retelling is ambling, friendly, and neighborly.  He walks us down the generations and business adjustments of the Guinness family as easily as a casual stroll down the streets of Dublin on a sunny afternoon. 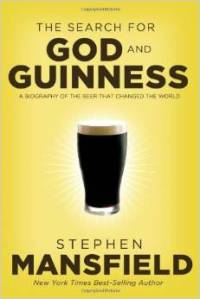 You’re neither bogged down in the details of business, or lost in the generational baton passes as he navigates through over 200 years of family and brewing history.

Mansfield also gives a helpful historical anti dote to the 20th century American Evangelical tendency to brand things and stuff evil instead of the abuse of those things and stuff.  He points out that monasteries were typically the best breweries in Europe during the middle ages and that Martin Luther not only helped start the Reformation, but enjoyed beer as a staple of life and had a wife who was an accomplished brewer too.  Quoting Luther: “Men can go wrong with wine and women.  Shall we then prohibit and abolish women”?             (If you’re a male and feeling particularly cynical right now, don’t answer that question.)

I appreciated Mansfield putting this kind of perspective in the front of the book because it allows those from a tee totaling background to see Guinness through a lens that recognizes his brewing efforts as his worship of God, and the use of his business profits in aiding the poor as true and undefiled religion.  (Yes, it’s true, alcohol, like sex, and food and pain medications, has been and is horribly abused.  But picking up on Luther’s quip, the solution to abuse isn’t usually removal of the abused item, certainly not in the case of procreative sex and sustaining food, but holy enjoyment as Paul points out in 1 Timothy 4:4.

Brewing beer and then using the profits of that business were Arthur Guinness’, and his heirs, means of worshipping God.  We’ve lost that notion of calling, or vocation, in our daily labors and that’s a tragedy because God means for us to have the same holy devotion, and the same sense of work as worship today that Guinness did in his.

The story of Guinness helps dismantle the tendency to see some things as holy and others as common, when for the Christian, all of life is meant to be holy, including and especially in the vocations that consume most of the energies of our lives.

There are numerous points of interest along the way in this rambling narrative too:  for instance, remarkably, the strain of yeast used by Arthur Guinness in the late 1700s to ferment the dark stout he would become famous for, is the same strain being used today.   In other words, in unbroken succession, every pint of Guinness consumed on this planet for over 200 years, every occasion lifted by the presence of this hearty brew, every thirst quenched by this draught not only goes back to one man’s labor and vision but to the same strain of leaven used in the vats he himself tended.  Also, the Guinness book of World Records began when Guinness managers were wondering which of the English game birds flew the fastest, and commissioned a young pair researchers to find out.  That effort grew into a booklet meant to adorn the pubs where Guinness was sold, and the rest is publishing history.

Mansfield also shows that the Guinness family produced more than a dark stout loved the world over, they also produced generations of missionaries and evangelists who were 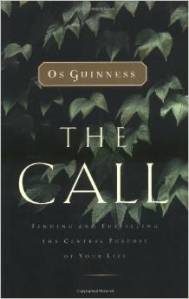 remarkably used by God.  Os Guinness, himself a descendant of Arthur, continues that rich tradition today, speaking to business and political leaders the world over, advocating, as his forbears did, policies and social reforms aimed at the common good.  His book, The Call, has been one that’s been particularly helpful to me.

Arthur Guinness and his heirs helped feed and clothe countless families through employment in the brewery, and often did so at their own expense during economic downturns.  They improved health and housing for the families of their employees and for those throughout the city of Dublin as well as providing for the education of employee children.  They turned over the family business to successive generations who themselves re built churches, improved housing in city slums, and took the gospel to their own back yard as well as the far corners of the globe.  Not bad for a days’ work, or a life’s.

Henry Wadsworth Longfellow’s poem, The Builders, has always been a favorite of mine.  The comparison of life to a great building project is apt.  In Longfellow’s words, “some have massive deeds and great”, while some provide “ornaments of rhyme”.    Whether we see the niche of God’s glorious building project entrusted to us as major or minor, simple or sublime, we could take a helpful cue from Arthur Guinness and sons in the ways they worshipped their God through good business, and invested the profits of that business in the business of God and mankind.

I wonder what work or business  God might be calling you to?  In what ways does God mean your vocation to not only provide for your own needs and those of your family, but to bless the part of the world you inhabit?  Most of us aren’t called to travel the world as missionaries, most of us won’t speak on the world’s stage, and most of us won’t start vast business empires.  The majority of us are called to live lives of a more quiet faithfulness in the smaller corners of the world our Father plants us.  Guinness, and Mansfield’s retelling of this rich story, is a great reminder of our call to glorify Christ in our labors:

Whatever your hand finds to do, do it with your might” Ecclesiastes 9:10.

Whatever you do, work heartily, as for the Lord and not for men Colossians 3:23

Here’s to a godly example of God honoring labors in the name of Christ and for the benefit of others— cheers!

(I’ve also read and enjoyed two other books by Mansfield, Lincoln’s Battle with God, and Never Give In: The Extraordinary Character of Winston Churchill.  Both of these were informative and encouraging looks at two of history’s better know, and loved, heroes, and like this book on Guinness, well worth reading.)