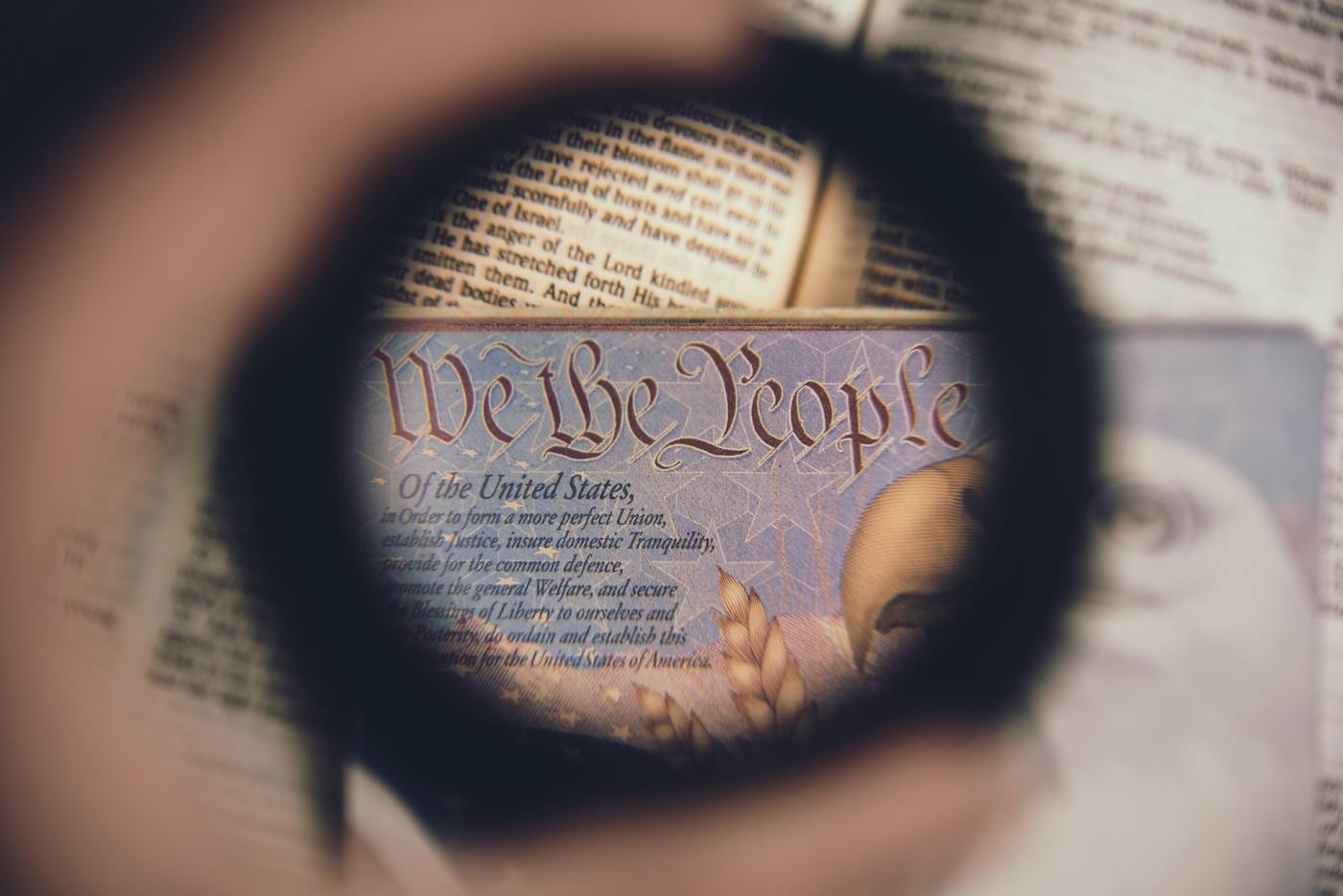 Throughout the last four months of chaos, the rallying cry of many well-known church leaders has been, “Submit to the government.” John MacArthur, for instance, chose not to reopen Grace Community Church in May because, well, the 9th Circuit court said no. Predictably, he cited Romans 13 and 1 Peter 2 as his reasoning. (MacArthur has since reversed course and announced the church’s intent to civilly disobey.) Another well-known church in California used the same logic to justify remaining closed, even as 1200 California clergy had written to Gov. Newsom expressing their intention to reopen without his permission. The governor backed down in response to their civil disobedience, which raises the question: should churches have followed Romans 13 and 1 Peter 2 and remain closed indefinitely, or should they have heeded Hebrews 10 and reopened for corporate meetings? (You can read my answer to that question here.)

But churches are open again and no one is debating that issue anymore. The debate has turned to mask mandates. Brett McCracken, writing for The Gospel Coalition, states that one of the reasons to wear a mask anywhere and everywhere the government says to, including at church, is because Romans 13 and 1 Peter 2 tell us to obey the government. The Cripplegate, a blog I regularly read and promote, offered a similar conclusion, saying “if the government tells you to wear a mask in public, you comply joyfully.” These arguments, while not necessarily unbiblical, tend to be shortsighted and misrepresent what Scripture has to say about obeying the government. Moreover, they often fail to account for the differences between living under Caesar and living in American democracy. So this raises a similar question: should Christians and churches obey mask mandates (and all other executive mandates), or should they civilly disobey to curb government encroachment?

Late last week, Kentucky Gov. Andy Beshear rolled out a statewide mask mandate, which was quickly blocked by a court as the Kentucky Attorney General sued the governor to stop the mandate. In an alarming move, Gov. Beshear defied the court’s restraining order and rolled out the mandate anyway, reinforcing concerns that elected officials are quickly becoming despots. But what’s interesting about this whole saga is the response of a large, multi-campus church in northern Kentucky that I used to attend. The pastor is a well-known speaker at biblical counseling conferences and solid on the gospel. That being said, church leadership sent out an email to attendees letting them know that “masks are mandated” and that anyone ages 6 and up not wearing a mask is not welcome on the campus and would be turned away at the door—even if they qualify for a medical exemption under the mandate. A day later, the church backpedaled from that stringent position with a follow-up email stating they would honor the governor’s exemptions after all.

Startlingly, this church nearly joined the government in creating a class of untouchables, all in the name of “following the principles of Romans 13 and 1 Peter 2.” Remember that part of Scripture where Christ refused to eat with the sinners not wearing masks? Neither do I. Call it political correctness or obeying the government, churches like this one are willing to cut off from corporate worship and fellowship any families with young children who struggle to keep a mask on, Christians who are compelled not to wear a mask for reasons such as the ones below, and in some cases those with respiratory conditions preventing them from wearing a mask. While I don’t profess to know their motives, the actions of churches like these seem to be based on a gross misunderstanding of what Scripture says about government authorities.

Giving Caesar What Is Caesar’s

To review, Romans 13:1–7 and 1 Peter 2:13–14 have a similar message: submit to the governing authorities God has put over you. But the theology is more nuanced than that. For instance, many who quote 1 Peter 2 stop before verse 16, which indicates that our obedience to government entails obedience to laws that are just and righteous, so that we avoid “evil.” If the law incites evil, then we aren’t called to obey it.

Matthew 22:20–21 (ESV) pictures Christ drawing a distinction between the church and the government:

For instance, California’s ban on singing and chanting in churches, while intended as a public health measure, fails on two counts: 1. it’s been unevenly and arbitrarily applied, since California allowed protests with chanting to go forward following George Floyd’s death, and 2. it interferes with the Church’s meetings and practices of worship through hymns and spiritual songs (Eph. 5:19). One might argue that if it had been applied evenly to all people in all California facilities, it would be legal, but I would still contend that it’s an example of the civil authorities trying to control something that belongs to the Church, and that Christians should not obey this governmental command.

Another important consideration here is how living in American democracy changes our understanding of obedience to the government. In Acts 16:37–38 and again in 22:23–29, Paul asserts his rights as a Roman citizen in the face of unjust treatment by civil authorities. In both cases, the government officials are “afraid” because they have violated the rights of a Roman citizen. A similar case can be made for Christians or churches that choose to engage in civil disobedience of a mask mandate. We are guaranteed certain freedoms constitutionally, including a First Amendment right to assemble peacefully to petition the government for change and to be free of restrictions on our religious practices.

On an individual level, politically conservative Christians are concerned that these mask mandates—which are not laws but often executive orders with little to no legal backing—are yet another form of government overreach and will lead to even more loss of freedom. They may choose to protest and civilly disobey because they see an injustice occurring here, especially as these mandates are arbitrary and nearly impossible to enforce. On a church level, some church leaders view these mask mandates as harbingers of more intrusive government action that will affect how church meetings must look or begin to restrict freedom of worship in unconstitutional ways. They may choose to protest and civilly disobey by not enforcing or requiring these measures at Sunday services, regardless of what the administrative edict states.

Unfortunately, many church leaders don’t address the issue of civil disobedience or will even discourage it among their flock. The rationale is usually “unless a government law requires you to sin, you must obey.” But we must counter that with Micah 6:8, which tells Christians to “seek justice.” Throughout the Bible and history, Christians have boldly spoken out against injustice and spoken truth to power (see Dan. 4:27; Gen 41–45; Exodus 8:1; Matthew 14:3–4; and Luke 3:18–20, among other passages). Let me ask you: Should we condemn Christians for participating in sit-ins and other civil disobedience in the effort to end racial segregation?  Should those Christians have simply obeyed the government, because there was not a direct command causing them to sin? I would offer an emphatic no.

Masks Are Only the Beginning

People being turned away from churches for not wearing masks is just one example of the fallout that’s coming as a result of blindly obeying the civil authorities. It’s well established that there’s little to no science behind these mask mandates. So whether decisions to turn people away from Sunday services are driven by a misunderstanding of Romans 13 or by fear of legal prosecution, we have to consider what we’re doing to members of the body—to our family. We are effectively ending their fellowship with us because of a choice not to wear (or an inability to wear) a piece of cloth on their faces, the motives for which we cannot assume. Giving Caesar what is Caesar’s does not have to mean rejecting and removing members of the flock or inviting government intrusion into the Church.

The government is not the head of the Church, and neither is the Church an arm of the government or a mouthpiece for it. I believe there’s a good argument to be made for why the Church should not be in the business of enforcing mostly unenforceable mandates, particularly when those mandates open the door for more government intrusion into church meetings or to the excising of members of the body. As I argued about social distancing requirements, the Church needs to focus on preserving Christian liberty and fostering community and spiritual growth—not aiding the government in the fracturing of relationships.

Christians, especially with the freedoms we have in America, have a duty to seek justice through protests, civil disobedience, voting, and interaction with political leaders. And in the case of unscientific and entirely political mask mandates, which I believe are only the beginning of the overreaching social controls coming our way, the Church must be willing to take a stand and say enough is enough. Otherwise, the civil authorities will decide to start regulating whether we can lower our masks for Communion, whether we can have a potluck, whether we can sing, or whether we can even meet at all—and because we said nothing when the intrusion started, we’ll have little ground to stand on as it spreads.*

*Every Christian’s line and every church’s line for what constitutes too much government intrusion and when civil disobedience is appropriate is going to be different. What’s important is that there is a line, and that each individual and the pastors/elders have a plan for how to handle when it’s crossed.

†Photo by Anthony Garand on Unsplash

2 thoughts on “The Government Is Not the Head of the Church—So Why Do Church Leaders Keep Acting Like It Is?”