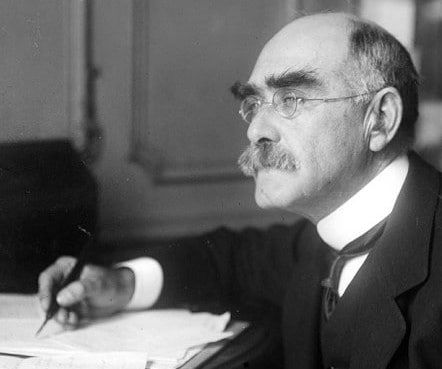 Rudyard Kipling wrote Recessional for Queen Victoria’s 60-year Diamond Jubilee in 1897. Her life and reign were winding down, she would die in 1901, and though the British Empire was at its zenith, it too would soon descend from its lofty heights to earth. After World War II the British Empire would become a less fearsome nation, and a smaller, but still important player on the world stage. Perhaps Kipling was thinking of the eventual decline of empire when considering the aging Queen’s Jubilee.

A timely, perhaps even prescient piece, Kipling repeated words of warning spoken over three thousand years prior to the nation of Israel, words spoken as that ascending nation anticipated entering the Land of Promise. “Lest we forget–lest we forget!” in Recessional echoed the words of Moses to those who would enjoy YHWH’s blessings in the land promised to their forebear, Abraham.

When God blesses you with good things, Moses said, and your soul is content with His largesse, and your body is at rest in the houses He’s provided, take care! Lest you forget the God who gave the good gifts and substitute the fearsome God of the plagues of Egypt, and the mighty God of pillar and cloud, and the merciful God of waters made sweet, for gods of your own creation who cannot speak, much less save or bless.

Of course, Israel did forget and substituted pathetic idols for the living God. In the words of the prophet Jeremiah, they traded springs of fresh water for cracked cisterns (Jeremiah 2) Though God spoke to them repeatedly through His prophets, his people refused to return to him in faithfulness. And so, as promised, God delivered his forgetful people in the northern tribes to Assyrian captivity in 722 BC and his amnesiatic people in the southern tribes to Babylon in 586 BC.

In Kipling’s day England was at its territorial zenith and ruled over 25% of world land mass and almost that much of world population (1.) After World War II Britain quickly began losing its colonies and peoples, today ruling over only small island groups outside of its own back yard (2.) Did England forget? Did the British forget to bow to the God of their numerous, historic and costly cathedrals? Did they fall to idolatry like Israel? It’s hard to draw clear lines from cause to affect in frameworks as large as empires stretched over centuries, but it’s worth considering.

And what of the United States, the City on a Hill, the people that at least early on in our own Promised Land, aspired to be a moral light to the world? Have we forgotten who it is that has so marvelously blessed us?

I think we tend to fancy the ancients as simpletons of a sort, bowing as they did to statues their own hands had made. How quaint were their notions of trusting to their own creations for help, we think. But are we really any different in our reckless commitment to material excess, our disregard for the lives of others (the unborn, those of a different race, ethnicity or political stance) our commitment to political power at any cost?

Though Kipling wasn’t a particularly religious man he had those sensibilities that come from having read much of Scripture as well as having read much of life in his days as a reporter. God give us the mercy of remembering from whom we have received life and breath, health and wealth, success and honor, the One from whom all blessings flow.

God of our fathers, known of old,
Lord of our far-flung battle-line,
Beneath whose awful Hand we hold
Dominion over palm and pine—
Lord God of Hosts, be with us yet,
Lest we forget—lest we forget!

(2.) British colonies gaining independence, think of India, was of course a great good. The only question I raise here is if the diminishing influence and wealth of Britain was in any way tied to a loss of giving the God who gives wealth and influence his due.

One thought on “Lest We Forget”