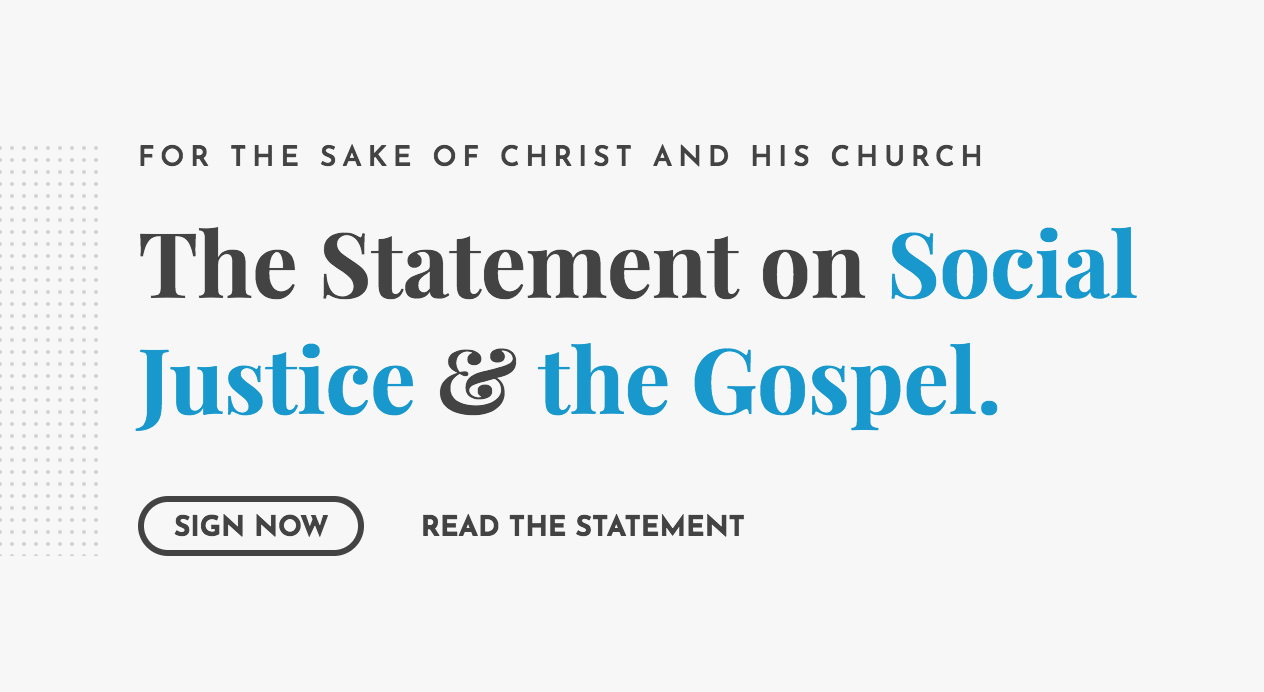 The Statement on Social Justice and the Gospel was released on September 4, 2018 and it has created instant controversy; factions have formed and battle lines have been 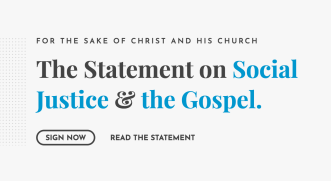 drawn. The statement conveys the belief that the Evangelical foray into “social justice” movements has and will dramatically and negatively impair the Church’s ability to clearly proclaim the gospel.

John MacArthur is the best known of the statements authors. (The other best known of the original signers are Voddie Baucham, Phil Johnson and James White.) MacArthur has written on the subject via Grace To You blog, and he’s been teaching through a series on the subject as well. Responses to the Statement and to MacArthur, who’s become the lightning rod for the statement, have varied greatly in their helpfulness and level of vitriol. One of the best responses has been by one of MacArthur’s friends, President of 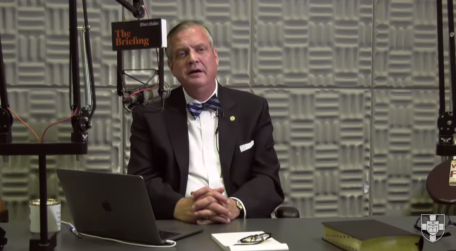 the Southern Baptist Seminary, Albert Mohler. (Mohler responds in two different videos at this link; at the top video from the beginning and at about 14 minutes on the lower video.)  The written responses to the Statement are many, though they tend to be from less well known figures, and/or tend to be unnecessarily spiteful. (Other well known leaders who have publicly argued against the Statement include Russell Moore, also of the the Southern Baptist Denomination. I’ve seen no leaders from the Gospel Coalition or from Together for the Gospel as signers of the Statement. At this time I’m not aware of public response from leaders in those circles like Mark Dever, Tim Keller and John Piper. Presumably one or more from these groups will respond in writing sometime soon.)

My quick take on the newest factionalism goes like this….

John MacArthur and the signers of The Statement on Social Justice are concerned singularly with the Church communicating the gospel of Jesus Christ to the lost world. Therefore, anything that might seem to diminish the clarity with which those in this unjust world hear the gospel is to be avoided.  The singular message to be attended to, the single voice heard, the single trumpet blown, should be the call that each person alienated from God is to recognize their own guilt and culpability before God, repent of 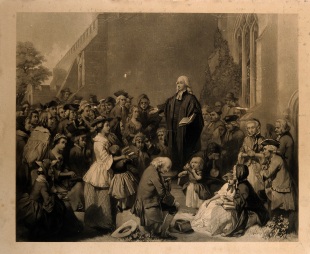 their sin and believe in the Lord Jesus Christ for forgiveness and restoration. Participation in the broad efforts that commonly lie under the banner “social justice” should be avoided because they diminish the call to the single greatest thing every human being stands in need of– restoration with God through Jesus Christ. Whereas the social justice message affirms people as victims and deserving of social justice, the gospel calls everyone sinful before God and pure justice would be their own eternal condemnation. Therefore, nothing should diminish their ability to see their greatest need, forgiveness of their own sin and reconciliation with God.

The potential lack in this message is that it can sound as if Christ’s follower’s are unconcerned regarding their neighbor’s physical and emotional well being. It can come across as communicating that the God who loves the world (*John 3:16) and gave his Son for us, isn’t otherwise concerned about the abuse and suffering any or all of us experience. At this point it gives no clarity on what loving our neighbors should look like, after we’ve shared the gospel, or what adorning the gospel (**Titus 2:10) with good works (***Matthew 5:16) might look like.

Those in opposition to the Statement appear to be making at least two points, and probably more.

The first argument is that promoting justice among our neighbors has always been an expected fruit of the gospel being embraced. This view ranges very broadly from a very 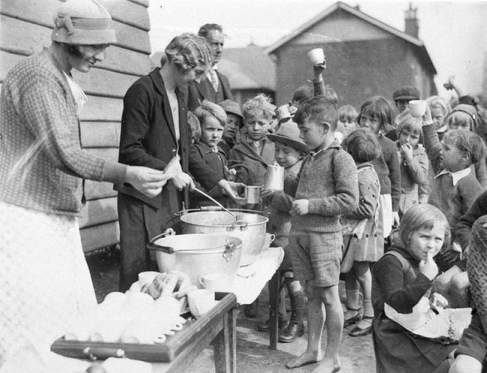 personal type of care– I should care for my neighbor’s physical needs (think feeding the hungry), to a very broad, socialist type agenda– the government should redistribute wealth. If we’re aware that someone’s been a victim, the Church should be in the midst of righting the wrongs that made those victims.

The second argument is that the Church as the conscience of culture should “speak truth to power” exercising it’s prophetic role in the political arena. This would be the more overtly political engagement. In this role Christians would potentially be joining with demonstrators and political action groups to compel justice for a group of victims through coercive means via government.

The potential snag in these emphasis is that with the numerous, growing and questionable list of victims, where does the involvement in social justice end, and to what degree has it unwisely obscured people’s singular need for reconciliation through Jesus?

Many Christians advocating for social justice aren’t delineating separation from extreme elements of the social justice movement that advocate a prejudice at odds with the Scriptures.  Identifying victim status and guilt based on sex and race is wrongheaded and unjust; being black doesn’t necessarily make a victim and being white doesn’t necessarily imply privilege and guilt. Also, it’s as easy to lie in accusing another person as it is to lie in denying an accusation, so that inclusion in one group or another doesn’t guarantee honesty, or dishonesty.

While many on opposite sides of these issues are and will remain friends I suspect the variety of opinions on social justice will prove a deepening and widening chasm.

It’s also important to note that use or definition of the term “social justice” doesn’t necessarily mean the same thing for the different parties using it, so that some of these discussions are simply missing each other.

On a much wider scale social justice is also used to describe or advocate for: racial quotas for college admissions (so underrepresented minorities gain more admission), legal status for illegal immigrants, no limits on refugee settlement numbers, removal of all 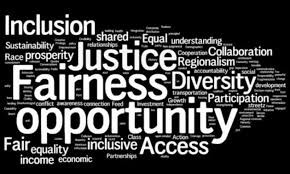 stigma regarding non-traditional sexual identity, marriage as the union of any two (for now) people, and the acceptance of any claim of victimization.

This factionalism is just beginning to draw lines and it will certainly continue to see refinements in arguments on both sides and much more airing in social media.

The following doesn’t help in clarifying the description of what doing justice in our own arenas looks like, and it doesn’t do a thing regarding mending the widening breaches, but I leave you with a text that encourages me in all these regards.

Micah 6:6–8    With what shall I come to the LORD And bow myself before the God on high? Shall I come to Him with burnt offerings, With yearling calves? 7 Does the LORD take delight in thousands of rams, In ten thousand rivers of oil? Shall I present my firstborn for my rebellious acts, The fruit of my body for the sin of my soul? 8 He has told you, O man, what is good; And what does the LORD require of you But to do justice, to love kindness, And to walk humbly with your God?

*John 3:16 For God so loved the world that he gave his only begotten Son, that whoever would believe in him shall not perish, but have eternal life.

** Titus 2:10 not pilfering, but showing all good faith, so that in everything they may adorn the doctrine of God our Savior.

***Matthew 5:16 In the same way, let your light shine before others, so that they may see your good works and give glory to your Father who is in heaven.