If I vote for Donald Trump, can we still be friends?

To my brothers and sisters in Christ, if I vote for Trump, will you still love me, claim me,

own me as one of your own in the family of faith?

Or, if I sit out this election for lack of a candidate I can support with a clear conscience, or if I vote for a non-winnable third party candidate, will you think less of me?

Some good Christians (see Russell Moore’s blog) infer that a Christian can’t, or shouldn’t vote for the Donald.  Some infer that to do so is sin, or at least, shows an utter lack of intellectual acumen, or spiritual depth or simple perception.

Others equally well intentioned opine that not to vote for Trump is irresponsible because the net effect is to hand the presidency to the liberal Democratic candidate.  And still others say, vote for the best of the bad candidates to fulfill your God-given responsibility,
trusting that God will sovereignly use our means for His ends.

Most of those I’ve read along the “never Trump” lines aren’t saying Christians shouldn’t vote.  Rather, they recommend making what I’ll call a “protest vote” by voting for a third party candidate, a candidate whom they acknowledge can’t win.  Such votes would ostensibly “send a message” to party bigwigs and candidates alike that conscientious voters refuse to condone or associate with the personal sins or the deficient policies of a candidate through their vote.

This strategy is tactical and tends to assume that the outcome of conscientious objectors voting third party will be to help the liberal Democrat win this presidential election.  In this case, guaranteeing the continuing liberal, and now “progressive” Democratic policies for at least four more years is understood to serve a greater good.  That greater good includes, at least, a clear conscience for the objectors, and may prove to have other, long term, political benefits.

But with the departure of any other real Republican option this week there’s also more buzz from this camp about the possibility of laying the groundwork for a new, third party that could have a real chance in upcoming elections.

We don’t have to agree with this tactic to believe those who hold this opinion are sincere. We needn’t call their intelligence into question, or their faith.

But can protest voters embrace Trump voting friends and family should they pursue a different strategy?   Can a vote for Trump be seen as legitimate, intelligent, faithful participation in the public arena?

I believe protest-voters, non-voters, and Trump voters all want the same thing— the best possible outcome and good governance, though they disagree on the best way forward with the political arena as it stands today.

The argument for the possibility of voting for Trump goes like this:

In other words, Mrs. Clinton’s win represents a very clear and negative path forward, while a Trump win offers the possibility of some gains.

The argument for not voting, or for voting for a third party candidate is along these lines:

In other words, Trump has no real chance of winning the White House, and even if he did, there’s no reason to think he’d be any better than Mrs. Clinton.

That we may be reduced to Mrs. Clinton or Mr. Trump in our real choice for president is in itself an indictment on our country.  If God is giving this country its due in choosing 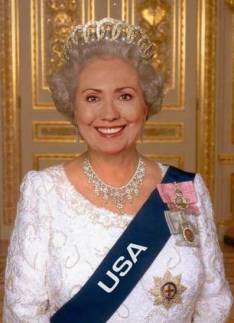 between a disingenuous, death-dealing, self-serving Democrat and a verbose, narcissistic, and philandering Republican for our highest office, the Church should be crying out for repentance and the mercy of God in Christ.  Indeed, our prayers are that God will give this beloved land at least one last hurrah in a national turning to God and life as He did Israel under their last good king, Josiah.

The kingdoms of this world have not yet become the Kingdom of our God and His Christ and every vote in every political race is always about the best option among a deficient, imperfect, and sinful field.   But the Christian always has room for hope because we know that it’s ultimately God appointing leaders, through a variety of means.  And we also know that our sovereign, loving, involved Father is working all things after the counsels of His own benevolent will.

To my brothers and sisters in faith:

If I vote for Trump, or for a third party candidate, or stay home entirely, will you still love me; or at least, can we still be friends?

6 thoughts on “Can We Still be Friends?”